myOS is a next-level neurofeedback system that allows users and complete novices to learn and train basic and advanced meditation and consciousness altering techniques with quantified accuracy and efficiency by using aesthetic audiovisual guidance and gamified engagement.

Users wear a multi-sensor EEG and VR headset. The myOS software engages the users to interact with their own brain by immersing them into artistic three-dimensional data-visualizations as well as sonifications of their own brain-activity – all generated in realtime.

Different to other systems myOS is using multi-sensor EEG to measure data from the entire cortex.

The software is a functioning prototype and research tool. Our scientific validation study shows the high efficacy of our method. 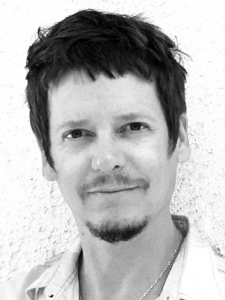 studied design & media at Goldsmiths College, London and University of the Arts, Berlin. He creates novel concepts and media applications for emerging technologies. f.i. software for realtime video-improvisations (2000), interactive video-installations (2000), video-mapping in theatre (2005), ultra-high-res art-photography (2005) and EEG visualizations in VR (2014). Palucki has engaged in and led productions on the ground in London, Berlin, Tokyo, Taiwan, Thailand, Burma, Nepal and New York ranging from  grassroots level to medium size. At the United Nations ESCAP HQ he co-authored a show on climate change. His work has received several awards. He has presented at the conferences “Towards a Science of Consciousness” in Tucson, “Science and Nonduality” in San José and “Transformative Technology” in Palo Alto. For the development of BCI technology he engaged in interdisciplinary research and was a member of the Neuroscience Research Group led by Dr. Michael Persinger at Laurentian University in Ontario, CA (2015 – 2017). Palucki aims to create a novel fusion of consciousness, art & entertainment mediated by brain-computer-interfaces.

“Patrick Palucki is the quintessential example of the 21st century ‘techno artist’ who has mastered the sophistication and has acquired the advanced skill to build cognition (mind)-brain interfaces.” 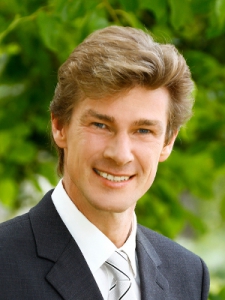 is a physicist, neuroscientist and a consciousness researcher with a PHD (Development and Optimisation of a brain computer interface via electrocortical activity) as well as a habilitation in behavioral neurobioloy and neuro-computer science (Development of a Thought-Translation-Device). He is Professor for Applied Consciousness Sciences at the Department of Psychosomatic Medicine, University Medical Center Regensburg, Germany, and President of the Society of Consciousness Sciences and Culture of Consciousness (Gesellschaft für Bewusstseins-wissenschaften und Bewusstseinskultur e.V., GBB).

Thilo has programmed the first BCI which enabled a locked in patient (complete paralysis) to write a letter (with N. Bierbaumer, Nature, 1999). He has engaged in extensive research and numerous publications on brain-computer-interfaces and on non-ordinary and spiritual states of consciousness since the late nineties.

Would you like to receive updates on research, tech, buisness or invites to events an conferences?